It's just me and the dogs this morning.  The boys are sleeping in.  I treasure my mornings alone, except for the dogs, these days, but sometimes..........

It's raining quite hard.  I looked out the front door and saw a turtle running across the road.  Yes, running.  You would be surprised how quick turtles can move in hard rain. 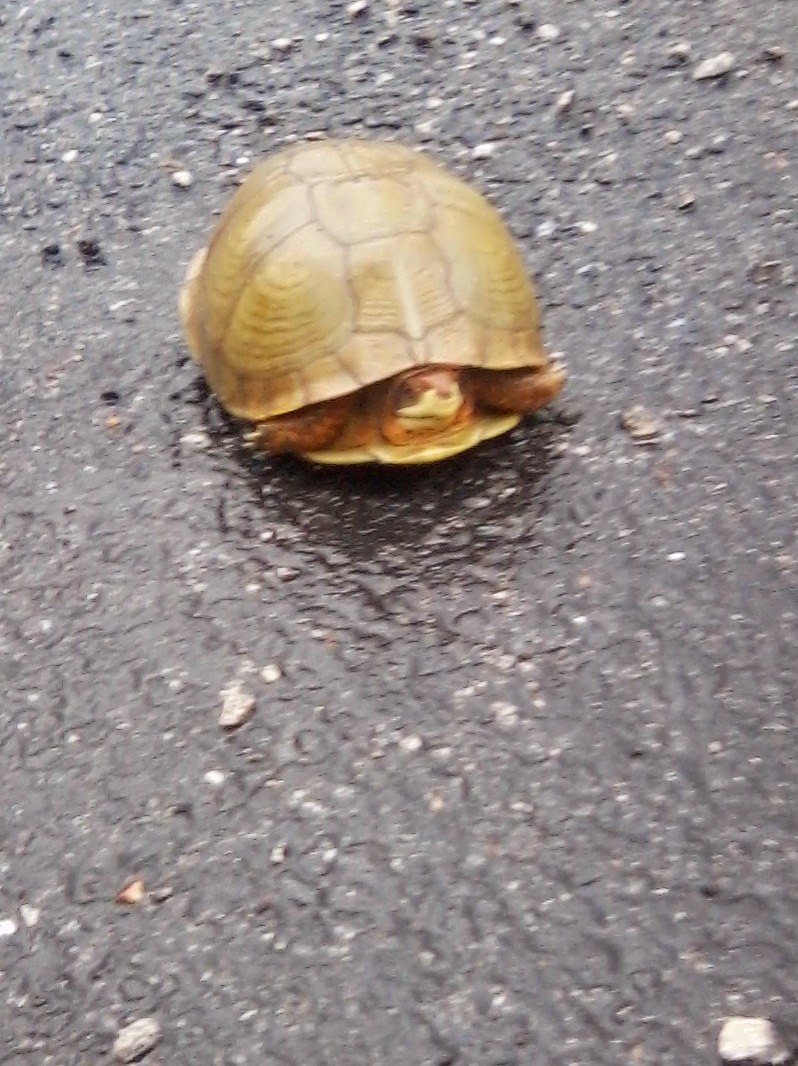 This is when I really miss having little kids.  They would be up with me and would have run out to take his picture with me.  By now we would have him warmly ensconced in a nice box, with water and lettuce and would have already named him Harvey.  But instead I just came back inside.

Where I was greeted with the dogs freaking out because it was raining and I had left them for 2 minutes.  Now, I am going to tell you this.  Don't laugh.  Or do, go ahead.  It is kind of funny but may also be a totally legitimate symptom of "empty nest syndrome".  Some people would not tell such things on themselves, but that would not be me. 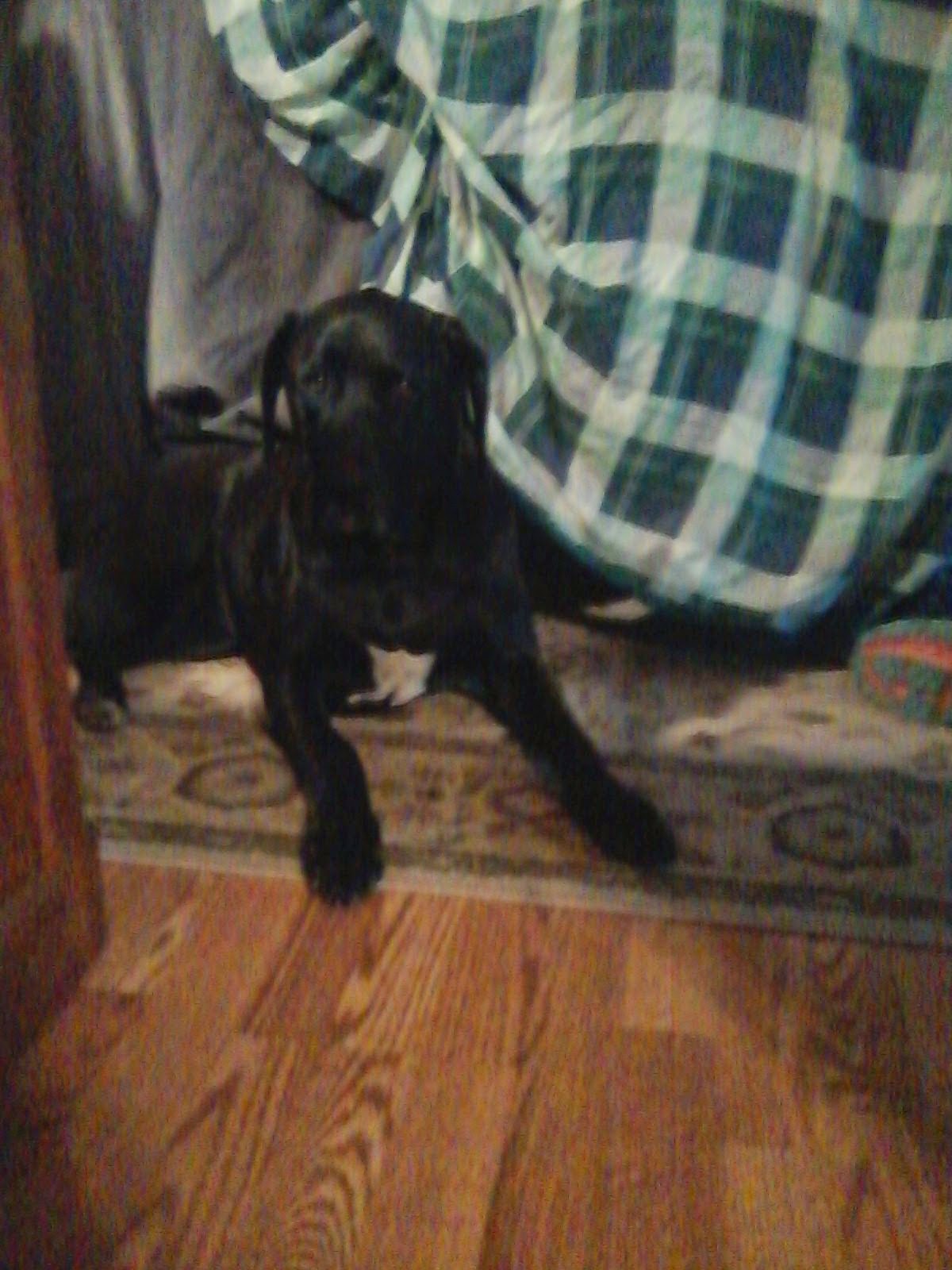 I made the dogs a tent.
You laughed, didn't you?  Oh well.  Since I like to sit on the back porch and drink coffee and blog, and since it has a roof you can hear the rain on and lots of windows I can open, and since the rain either hurts the dogs ears or scares them, and since Shadow particularly likes to only be under my legs at these times, I made them a tent.  I used the kitchen table and two comforters that need to be washed.  This is no time for laundry.

This is what middle age is like, I guess.  Being happy that you don't have little kids to run you ragged and then wishing you did and substituting dogs instead.  The dogs have not gotten into their tent.  I suppose I'll have to get in there, too...........dogs and children are remarkably similar.  Just sayin.
Posted by Momiss at 4/18/2015 09:23:00 AM No comments: