Jed Clampett Speaks to Me

WOW!  They said we were going to get another 10 inches of snow and for once they were right! 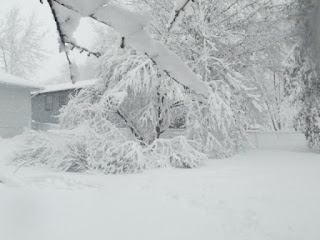 Look what quiet little tiny flakes can do if they are consistent and stick together.  Consider this a metaphor for our country right now and look up your Representatives numbers right now.  What else do you have to do today?

I got up this morning, having heard no roaring winds in the night, and as always, God whispered "Go look outside."  Maybe it's just a mid-western thing, but every single day is a surprise.  Sometimes it's a surprise because it's different than yesterday.  Some times it's a surprise because it's the same.  There is no real "normal" at any given point in time.  We do have periods where it stays cold, or hot, for a couple weeks at a time and that makes us crazier than anything.  It gives us time to complain, and nobody likes that. 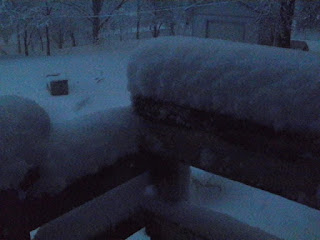 Today will be a day of scooping, woman, pull out the sky pants, pronto!

I didn't let it get me down.  In fact, I got all excited because NO ONE was out.  NO ONE seemed to be up, either, which for some reason always makes us MOMs feel super efficient and equal to the task.  I texted my boss and asked how the roads were.  He said very deep and not to get out until the streets were plowed.  Ah, no guilt.  Why does having permission always make me feel so much better?  It probably just harks back to a time in my life when I was able to believe that adults were in charge.  Those were good old days, and I miss them very much.  Or maybe it's just because I'm a woman and in our culture (I use the term very loosely these days, which I know you, dear reader, understand) we (used) to defer to men's opinions.  Why?  because they were in charge.  I know, it seems a little crazy now but there was a day when that was true.  Well, there was a day when one could believe that was true, if one so chose.  It was very comforting. 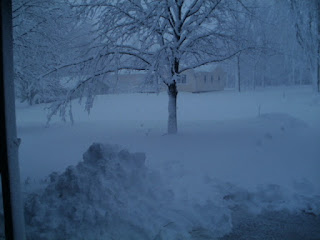 The only sound was the wind and clumps of heavy snow falling off the branches.

I took the dogs out.  They looked at me like I was crazy. 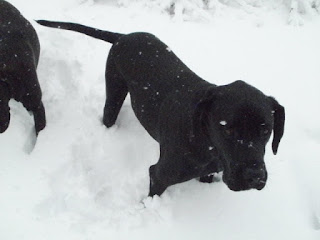 Look, lady, I love you and all but this is DEEP!
I've never claimed NOT to be crazy, so I scooped the stairs down to the backyard for them.  All but the last one, which is buried under the snow, that is.  Then they really got with it. 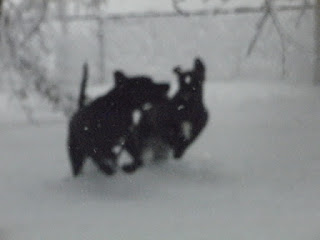 Someday I will probably figure out how the settings on this camera.  Until that day comes, use your imagination.  It's the best I can do. 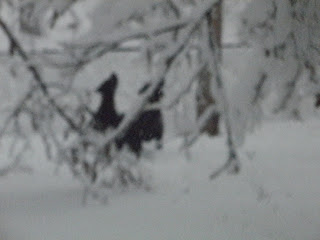 A squirrel?  Falling clumps of snow?  I don't know because by now I already had gotten one face full of snow and refused to look up any more. 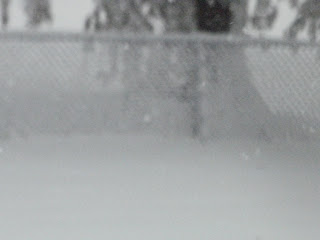 This is what the chain link looked like.  No wonder they were looking up.  It was the only direction they could see.

I shoveled the drive.  It took me about an hour, done in 3 shifts, as you can clearly see by how much is still coming down if you look closely at the next picture. 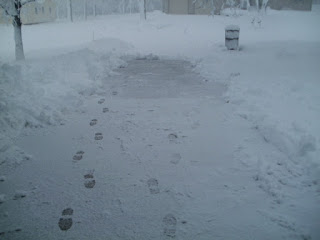 You might think this made me feel like it was futile.  I happen to know futile very well, and we are locked in a struggle that I am simply too stubborn to ever give up.  This struggle has been going on for 47 years and shows no signs of stopping.  Now the big question is: Is that futile?  I'm too stubborn to examine that one too closely.  Feel free to do it in my honor. 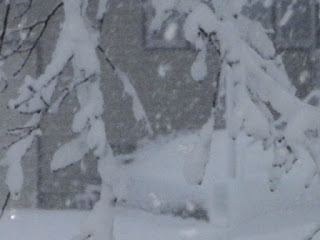 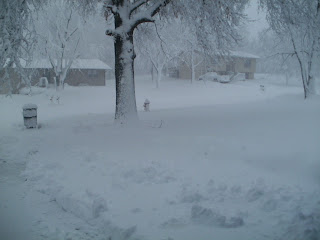 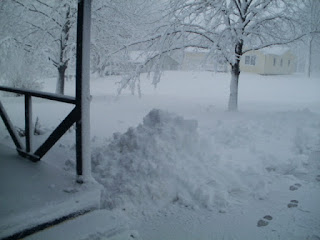 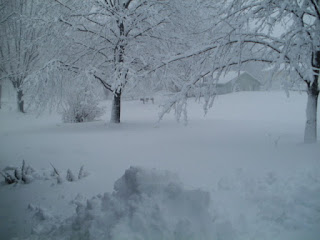 Remember the Wang Chung song?  "Move it down to the ground"  Almost there.  This was about 6:30 a.m. 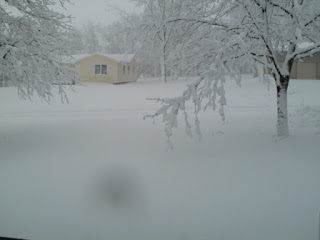 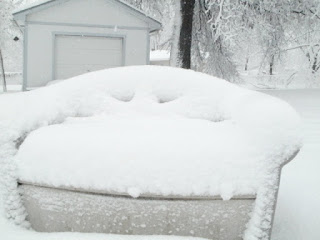 I am still not sure how much snow we have gotten, but we got 10" last week and I would say at least that much more last night and today and it is still coming down.


Toward the end, just when my arms were getting shaky, Jed Clampett spoke inside my head.  His voice clearly said "Whee, doegggies!  That's a lotta snow!"  I smiled and planted my shovel, and threw me head back and just let the snow hit my face.  It was still absolutely quiet, and no one was out.  One of my neighbors did get out and make a foray around the block.  I smiled and waved as he came around and went right back home. 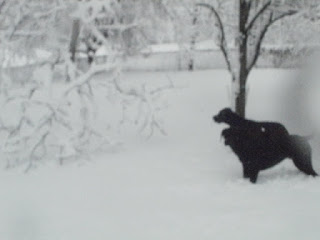 Jack and Shadow stare in consternation at a tree limb that is bent down to the level of the snow.  That's.....different.  Should we chew on it?

It's a snow day her in Missouri.  It will be spent shoveling and eating and laying around, in that order, repeated as needed.  I hope you enjoy yours.  I have already enjoyed mine. 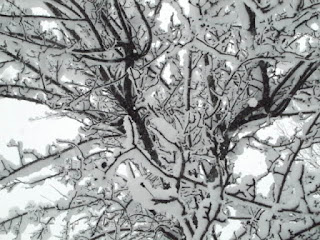 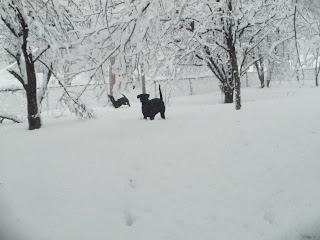 Come on!  What's taking you so long?