I had a day last week where I thought about being 50, putting in flower seeds, and doing things right.
People will forgive a young person practically anything, but once you are 50 you are in a more responsible category.
To my way of thinking.
I can't be just sprinkling seeds on the ground and then being disappointed when things don't turn out right, anymore.
I think.
Anyway, the electric land of Pinterest has shown me some solutions for the errors of my usual ways, and in a fit of efficiency, I 'prepared the soil'.
Yes.  I did that.  I really, really did.
I drug out my barrels.
I raked some leaves that I had been too tired to deal with last fall into the bottoms, so that all my water won't just run out the holes.
I admired the new grass coming up under where those leaves have lain for 6 months.
I put bags of potting soil (the cheapest I could find.  It's dirt, after all, people) over the leaves.
I realized I had to go vote.  I went to vote, voted, and spent the better part of an hour visiting with the ladies.
I pressed on to the glorious Dollar General, and I purchased, for $6.50, 31 Medium baby diapers.  Which I enjoyed.  I miss those days.  Again, the cheapest I could find.
Why?
Because I was going to fill them to bursting with water and then mix the gel within into my potting soil so that my dirt would stay more moist.
Then my seeds would come up and I would have so many successes I would be able to transplant many varieties of beautiful perennials all over hell and creation  my new yard.
And never have to bother with this kind of thing again except for maybe with vegetables.
Of course with vegetables.  They're next.  But I don't have to worry about that on this day.  See how I am focused now?  Staying on track?  It's a whole new side of me. The 50 year old side.  So far, I gotta say I like it.

So, while the people of the villages voted and visited, and the farmer of the cows across the road spread manure on his fields, I laid out 24 cute, powdery smelling diapers on top of potting soil in barrel halves on the south side of my house, which is the optimum sunnage spot.
As any adult lady who knew what she was doing would.  Ahem.
I will tell you that I sorely wished I had a person with a baby close because I could have just asked them for some gently used diapers and not had to buy any.  It takes a lot more than some innocent baby pee to make me bat an eye these days.
However, it was such an intimate and strange thing to ask people who do not know me and may understandably think I was a stark raving lunatic that I opted to just buy new.  I may be honest, but I'm not stupid.  Sometimes that is a very fine line to dance on.
But it was kind of a waste.  Anyway. 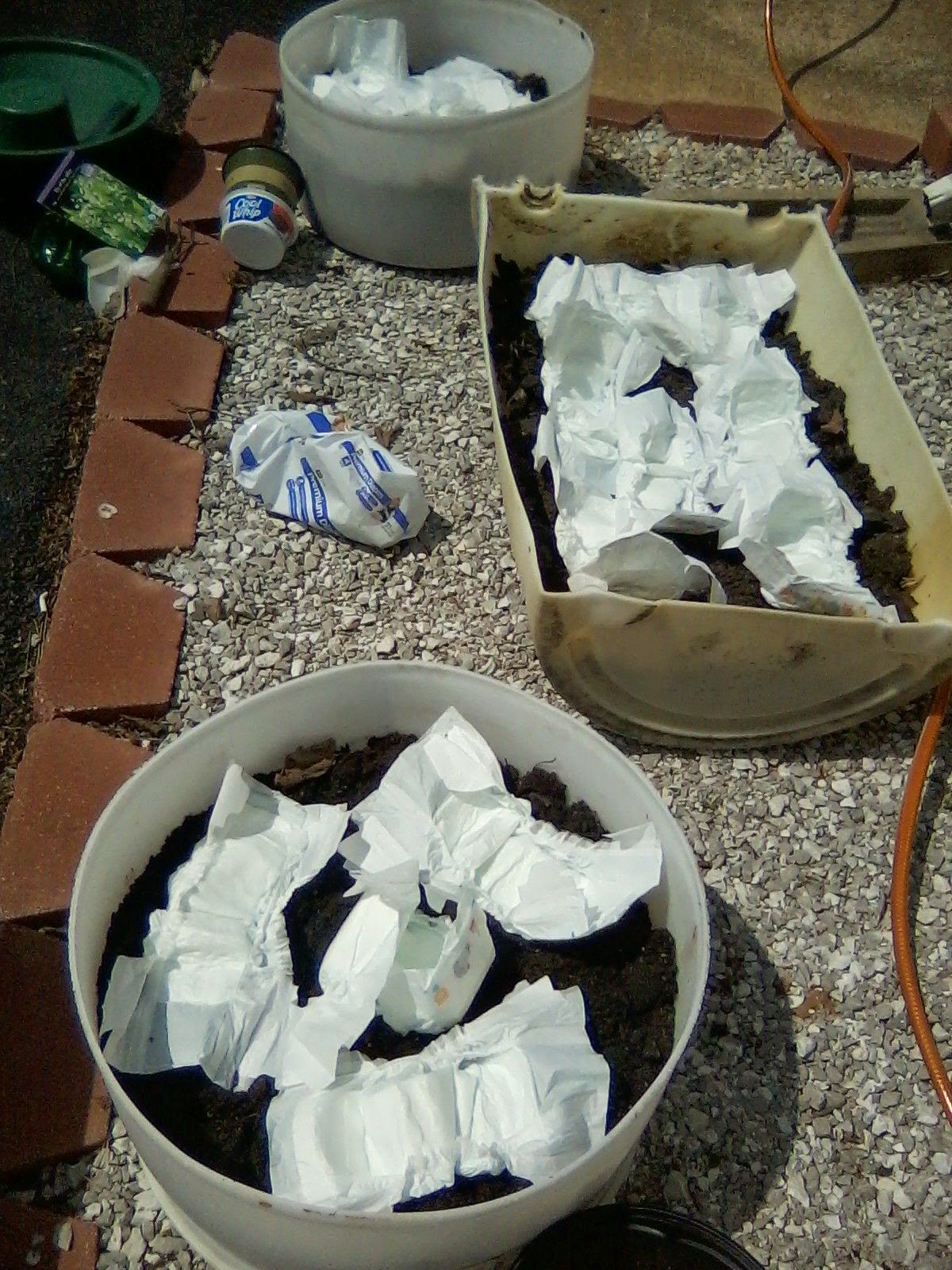 While the farmer hurt his neck trying to figure out what in God's name I was doing with so many diapers and no children in sight, and the manure flew all over the field for a great crop of hay, I drug out the garden hose.  This hose was new, a thoughtful birthday gift from my brother and SIL, you know, Superman and Wonder Woman, which is 100 feet long because I'm too old to mess around with anything less these days.  I ain't got all day and this hose will cover everything I need to be responsible for and then some. 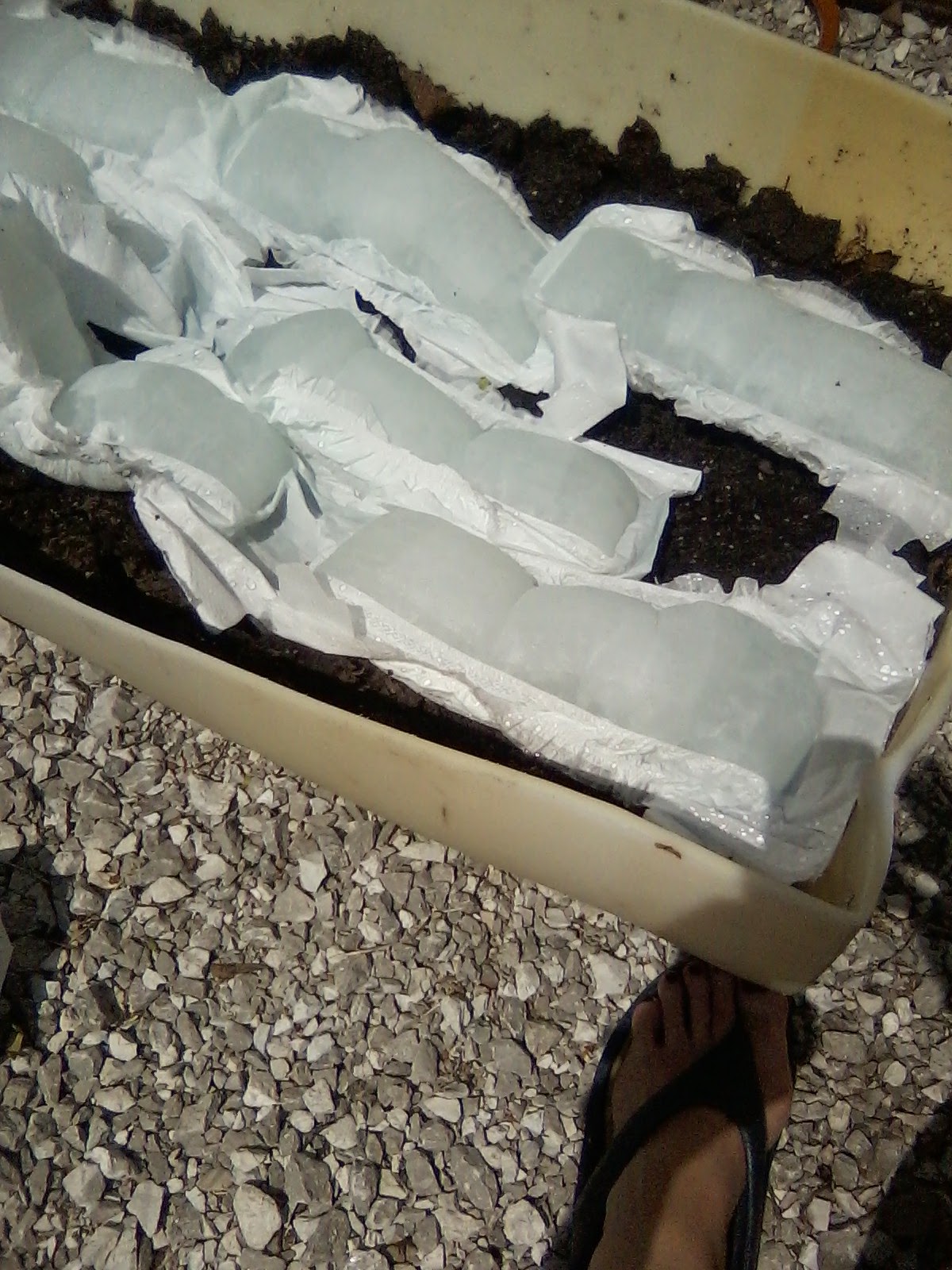 Imagine the farmer's  surprise when I started "watering" the diapers.  I Filled 24 diapers, laid out in neat rows, with water, at a slow rate. It took about 45 minutes and I went over them 4 or 5 times till they absorbed a lot of water and were near to bursting.
Pretty sure it was the dangedest thing that farmer probably ever saw.  But maybe his wife is on Pinterest too.  You never know anymore. 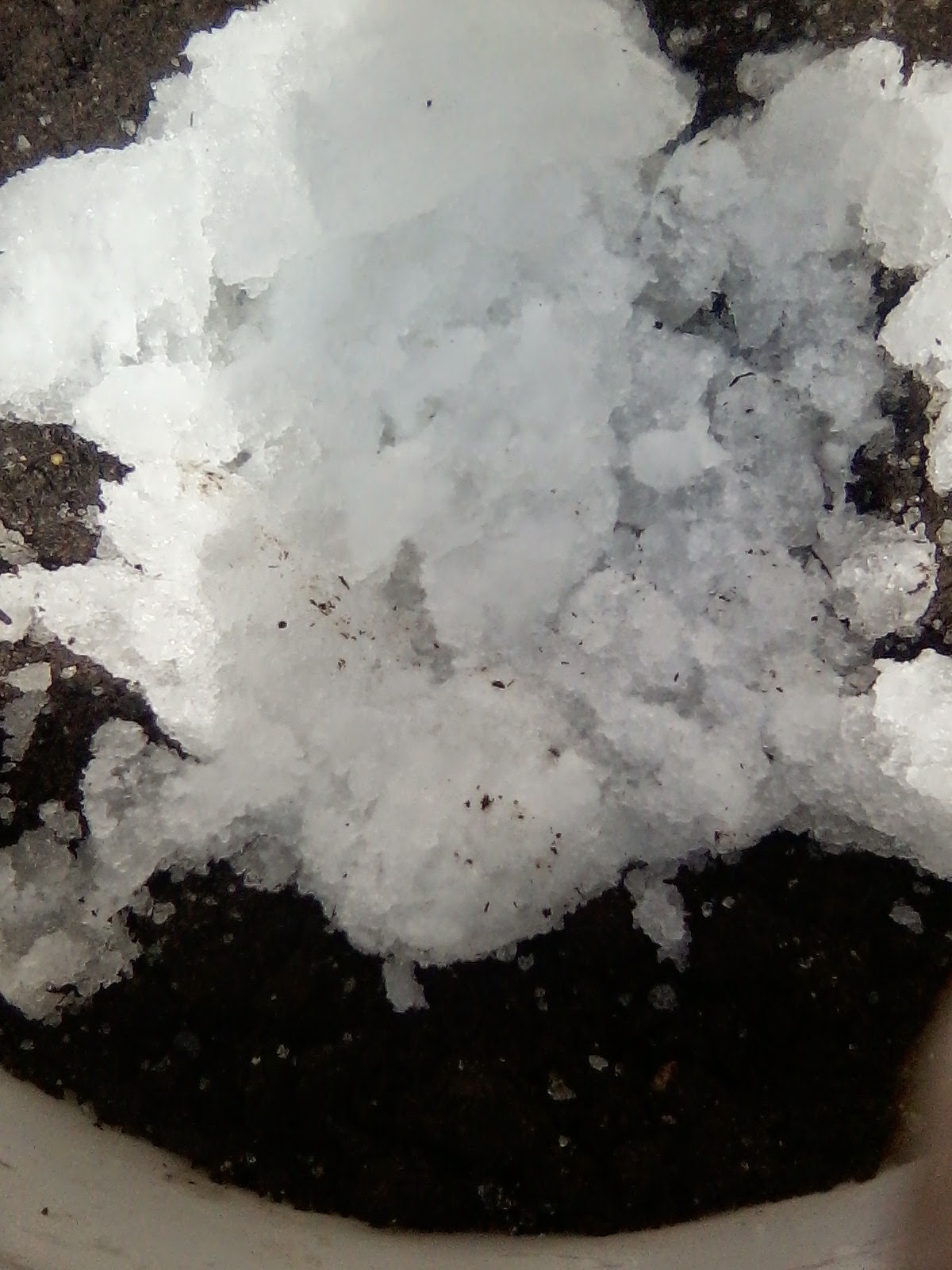 Once filled to nearly bursting, and those diapers will hold a LOT of water, my people, I tore off the top lining.  Tore it off and turned the diaper upside down and inside out, and all that gel came off in nice clumps.
I think it would have held more water, too, but it doesn't matter.
We had rain coming within 2 days.
With any luck, (and who needs luck, now that I'm 50 and do things right?) a lot of that rain will be retained in the gel particles in this dirt and all the seeds will sprout 2 feet overnight.
There is no harm in dreaming.
That's the truth you know:  You are never too old for dreaming.
I should make a plaque with that on it, actually.
Or you could, and send it to me.
Either way. 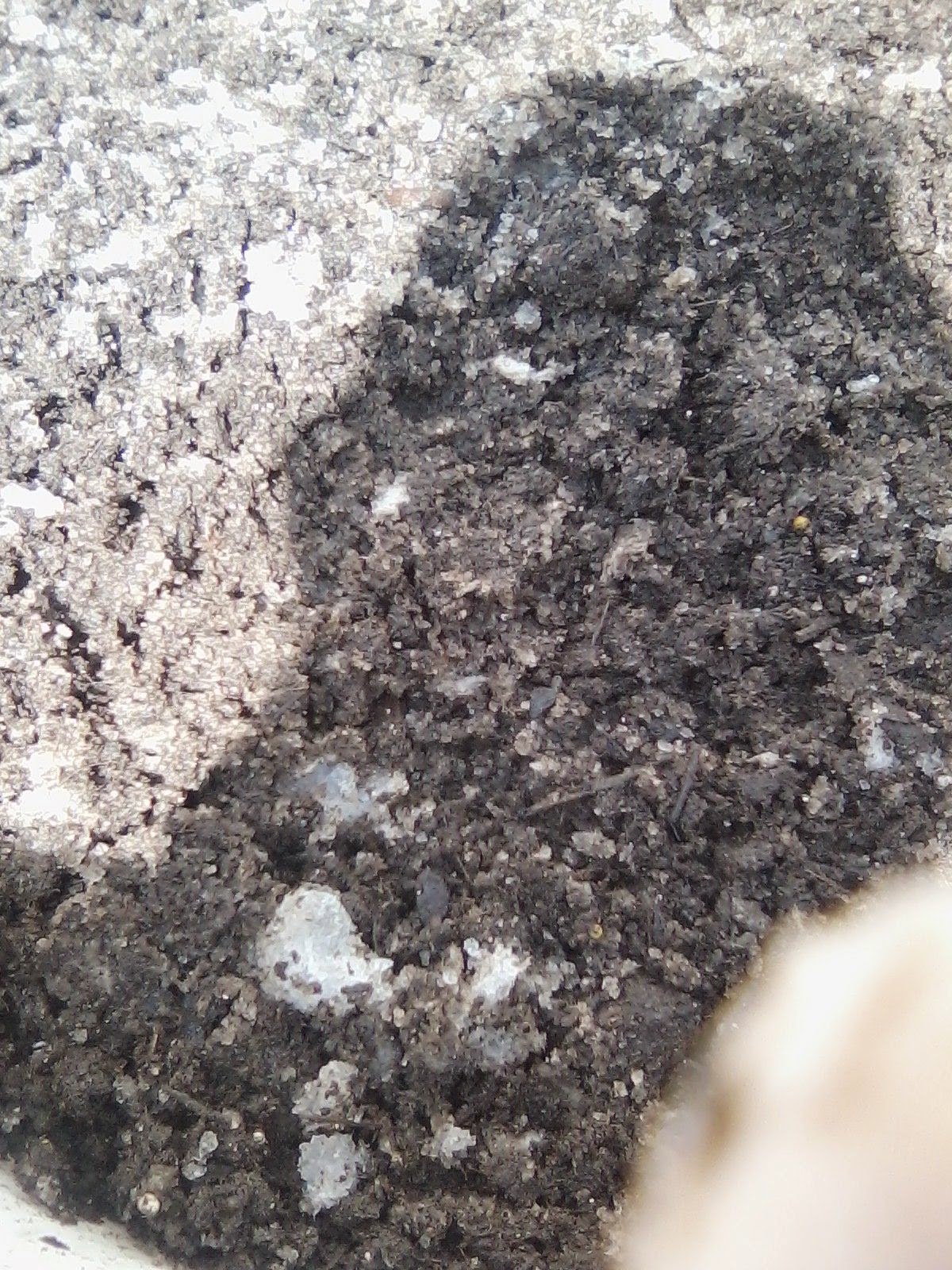 It also floated through my mind that I will try a diaper in the bottom of my round hanging basket.  The one with the moss that always dries out so badly.  I'm just going to trim the white parts of the diaper off and have that in the bottom to hold water. *just a genius idea I am throwing out there to you, my friends, because I know you love those pots too, and I also know everything you put in them usually dies.  Older women know these things.*

In my world, life after 50 is lived with more thought, planning, and patience.  With, dare I say it, a plan.

I think it's the exhaustion that does it, really.  Well, that and the never sleeping much.  Let me just tell you now, these are a very powerful combination.  If you think you can fight it, I won't argue with you.  I fought it too.  I did not win that fight.  I became exhausted instead.  Good luck to you  though.

Finally, I find myself simply too tired not to make, and follow a plan.
Because I do not have time, or energy, to make 2 plans.
I know this because this is what I have done up till now.
Where do you think the exhaustion came from??
Nay, now I stick with one plan.
One plan that will work.
Because I wasn't born yesterday.
What a relief that is.
Truly, I thought it would be much, much worse.